Before Departure  - Pt I

There is increasing, compelling evidence that Joseph Smith, Jr., may have been a murderer as well as a closet homosexual, later bi-sexual. Furthermore his famous book appears to be a collaborative effort between himself and his noble father with Joseph Smith, Sr., being the brains behind it.

Smith, Sr., was a child of American independence and, having gone through two wars, too close for comfort, was able to counsel the mind of his third son. There was trouble in the family and with his long range view ('18/19' on 12 July 1771) he looked for a way to profit from it, since he was often short of money.

This and the next page basically provide a Notice of Intention, that is, for the present writer to publish an e-Book demonstrating these claims. "Joe" Smith hid it well. Yet there are so many clues that it could become a considerable document. For example, both Joseph and Nephi from the picture appear to be the same height, of ample build and each the fourth child. Laban’s height is not specified. Was he a giant too?

Having said this, this author acknowledges the rights of people to not only believe according to their consciences, but also to question beliefs in general and reach their own conclusions, as many have done in all sorts of areas. The heart seeks to prove whatever the mind believes by providing all the evidence or “proof” needed to support it, regardless of whether it is true or false. The present research is no exception.

The work under investigation is the Book of Mormon (1981 edition) originally published by Joseph Smith, Jr., and the Church of Jesus Christ of Latter-day Saints. WARNING! It refers to matters of an intimate sexual nature which are not this writer’s experience.

What is a Zoram? By definition a Zoram is a dim-witted person who cannot see the bleeding obvious and is prepared to listen to and believe the most incredulous stories (1 Nephi 4:35). This man with “the key to the treasury” is Joseph Smith’s guarantee and adrenaline rush that he will get away with his crime of murder and, rather brilliantly, he did until now. This author likens it to a ‘cold case’ deserving resolution.

What is a Nephi? From the study of the first book, a Nephi is a self-opinionated person who is arrogant enough to believe that he can get away even with murder, including the circumstances behind it, by providing cryptic clues incomprehensible to the Zorams of this world.

Just think, a religious faith arose from a book which a young man wrote to deal with a homicide he committed, and for which he expressed no guilt. This was his way of dealing with it. Years were spent preparing to write it, yet not all willingly, since 1 Nephi 9:4-6 seems to contain a reluctance to deal with kings, wars and contentions. These were reminders of the path to American independence, stories about which he had perhaps grown weary.

The Vision In The Sacred Grove

Did he really have a vision of God the Father and his son Jesus Christ in that sacred grove of trees at Palmyra? Or was a very earthly father and son involved? What was that pillar of light which descended over his head, since it also appears in the account of Moroni’s visitation?

While his son held him down, the father raped him. How else may one explain, apparently quoting Joseph Smith, Jr., himself, the following words transcribed from The First Vision film produced by the University of Brigham Young? Till removed it may be viewed on www.deseret.com**.

Please read this and then watch the film to see its context. Further down the webpage is another very informative movie.

"I had scarcely done so when immediately I was seized upon by some power which entirely overcame me and had such an astonishing influence over me as to bind my tongue so that I could not speak. Thick darkness gathered around me and it seemed to me for a time as if I was doomed to sudden destruction.

At the very moment I was ready to sink into despair and abandon myself to destruction, I saw a pillar of light exactly over my head which descended gradually until it fell upon me. It no sooner appeared than I found myself delivered from the enemy which held me bound."

Unless providing a clue as to what really happened, featuring this recollection makes no sense and adds little to the narrative.

Does being grabbed, muzzled, blindfolded, held down and put through painful anguish, then released, sound like a heavenly experience? Only if, in hindsight, one believes that being intimate with a homosexual, male of female, is likened to being a saint in Heaven.

The Tree Of Life Dream Or Vision

This explains why it is equated with eating the bright white fruit of the exquisitely beautiful and whiter-than-snow tree of life (1 Nephi 11:8). In their opinion nothing could be more heavenly, although the first experience is usually one of feeling shame (1 Nephi 8:10-12, 25,28).

Who indeed ever feels ashamed after eating of the Tree of Life? For over sixty years Adam and Chavvah (Eve) were naked and not ashamed (Genesis 2:29). Shame and ridicule instead are the reactions from eating the forbidden fruit of the Tree of Knowledge of Good and Evil (Genesis 3:7-11).

In the hovering "great and spacious building" across the river "high above the earth" dwell young and old of both genders. These continue to enjoy homosexual sex, since they feel it transports them to heaven (1 Nephi 8:25-28). That building also represents Joseph Smith's latter-day saints.

When they miraculously point their finger and scoff at the first timers down below, they can identify with them, since feeling ashamed was their first experience. Yet who on Earth has eaten of the Tree of Life since the Fall? If those ashamed "fell away into forbidden paths and were lost," then they had obviously rejected homosexuality. These are in darkness.

Observe how easy it is to twist the Scriptures? Did perhaps the ancient serpent write the Book of Mormon (Revelation 12:9)? Its authors, the two Joseph Smiths, created Lehi's dream as a vision of heaven for all the Zorams of the world to believe as true.

Laban also means "white" or "made or make white", along with "make bricks". He represents the man who raped Joseph Smith, Jr., and is figuratively a latter-day saint as well. Both Laban and Zoram are names indicating intention.

Who then is the angel Moroni? Well, he is none other than Joseph's lover-boy ‘angel’, Billy. As young gay men do, they enjoyed sex three times in the bedroom on the night of visitation recounted in The Testimony of the Prophet Joseph Smith in the introducion. Like Zoram this likewise is a name of intention.

Moroni is too "naked" and dressed only in a bosom-exposing white robe to be described as an angel. However, expect a Zoram to believe that he is a true angel. The brilliance is embellishment. Where in the old cottage with all those children in 1823 did Joseph have a room of his own? Of course, he spent the night at Billy’s home. He was an only son.

Emma Hale Smith Bidamon, the only ex-Mormon to ever end up in Glory, eventually worked out that her first husband was gay when sometimes he came home smelling of fresh soap. He might have tried back passage penetration, too, like many other married men do to their shame.

She stated that he made up his visions and revelations (2 Corinthians 12:1) in order to win every argument, declaring that he was no visionary. Neither was his father, aka Lehi, a seer.

Furthermore she loathed Brigham Young and refused point blank to go to Utah. He had been intimate with her late husband and so had Dr. John C. Bennett. Polygamy was introduced by him and continued by others to hide closet homosexuality. Appearances can be deceiving. She wants his church to die since no one is being saved.

In addition, why were Nephi and his 'prophet' father Lehi the only ones in the whole of ancient Yisra'el to engrave their visions on brass plates when everyone else used papyrus and parchment which were rolled up into scrolls, not books with bindings?

A book (Hebrew sephar) is the work of any author who produces a lengthy text document. No writings of the prophets till Jeremiah, including the Towrah of Mosheh, were ever written on brass plates. They simply did not exist except in the Smiths’ imaginations.

Evidently it is one of their many literary devices, like their visions and dreams. Why was there no widespread use of or any such plates found in the caves of Qumran, where only two copper scrolls were discovered? 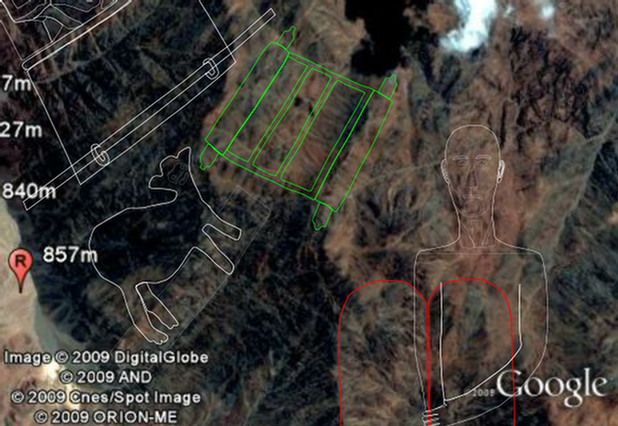 Observe in the above FIMIOLs. No brass plates. Not even the apostle Paul knew of Scriptures on brass plates. The Book of Exodus, however, does know of two tablets of stone on which were engraved Ten Commandments (see 2 Corinthians 3:3).

Now, Mel Brooks (History of the World, Part I), originally there were not fifteen commandments on three tablets and one fell out on the way down and broke, leaving just ten, although many like to think that is the case and make up a whole lot of unnecessary rules and regulations.

How fascinating that “an exceedingly young” Nephi evidently possessed all the skills to manufacture his own brass plates and then engrave all his imaginings on them. He was a great genius, reflecting his alter ego Joseph Smith, Jr., whom Emma said had a few bronze plates made locally with characters engraved on them.