The conviction expressed by Paul in 1 Timothy 6:15-16 must surely make one wonder how he could be so certain.

“15. (the appearance of our Lord Jesus Christ) which, in his own time, the blessed and only sovereign, the King of reigning kings and Lord of ruling lords, will show. 16. He alone has immortality, inhabiting unapproachable light, whom no man has seen or can see. To him be honour and eternal dominion. Amen.”

Who is this God who cannot be seen and has never been seen by man? Yet, as the LORD God or Jehovah according to the KJV and other English translations of the Bible, he presumably appeared to:

[The pillar of fire and cloud were made of the fabric of space and time, as seen in the heavenly realms. It contained the LORD's physical presence, including His IRV.]

[How does an invisible God bury a man in the ground?]

Many of the above are listed under "appeared" in James Strong's Exhaustive Concordance Of The Bible on page 73 (Hendriksen Publishers).

To it may be added other references, including Emmanuel in Matthew 1:23, as well as the similarity of appearances between Jesus and His heavenly Father in John 10:30, 12:45 and 14:8-11.

What was that about hearing but not understanding, and seeing yet not perceiving” (Isaiah 6:9-10, Matthew 13:14-15)? They do not even see, let alone hear the Word.

The Angel of Yahuw’ah (El Elyown) astride His White Horse looks towards the lawgiver Yahuw’ah with His finger ready to inscribe the Ten Commandments. To appear in a FIMIOL They both had to be physical in order to be photographed.

So who is this God and father whom the apostle Paul invented? Was he indeed just carrying on the God and father of the scribes and Pharisees, of whom he had been both, and who were so rightly condemned in Matthew 23 as children of the Devil (“serpents, offspring of vipers” in 23:33, John 8:41,44). How can Christians lower themselves to worship such a God? 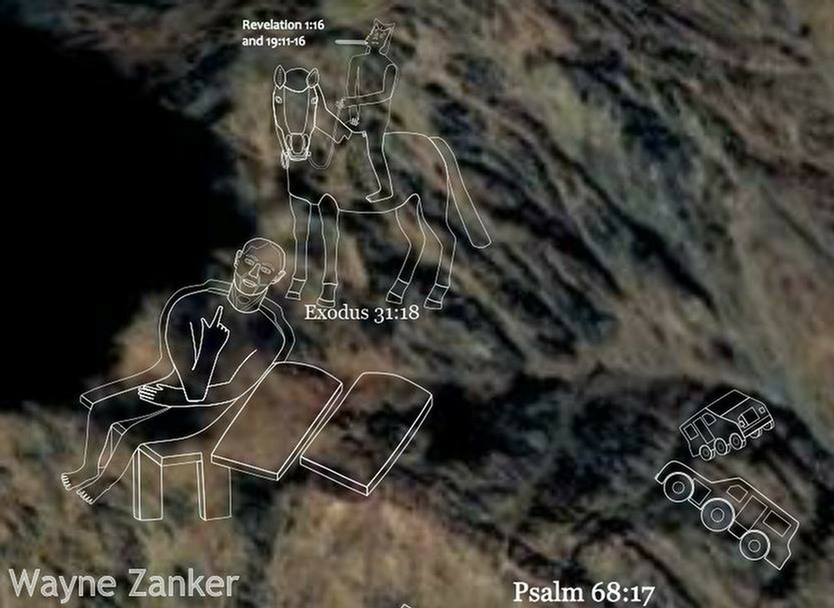