The list goes on. The seven gospels written by Yeshuwa's students and taken to ATAR in November 65 CE will prove such scientific criticism to be invalid. So, too, will the seven books of Mosheh. Most modern criticism is done by intact men and their daughters anyway.

While not a complete list by any means, this article has served to highlight the common characteristics which religions share with one another. Sources are not cited in order to retain its general nature.

Do they provide the solutions to one's existence after death? It has been said that people take up religion to avoid going to hell for eternity. Perhaps the opposite is its real intention, since so far only forty million have gone to Glory in over eight thousand years.

How can they all be right or true? Behind each religious belief system is a mind which loves variety, likes to unite people in music, song and fellowship, then divides them against themselves.

Its power is charming and persuasive, if not zealous, ready to accept any belief in its name, yet allowing people to think theirs is the only truth by providing enough faith-building evidence to convince them of this.

Whenever they gather in large numbers, the sense of belonging can be so strong that they feel invincible, that God is on their side and woe to those who oppose them. They are even prepared to use weapons against their enemies. 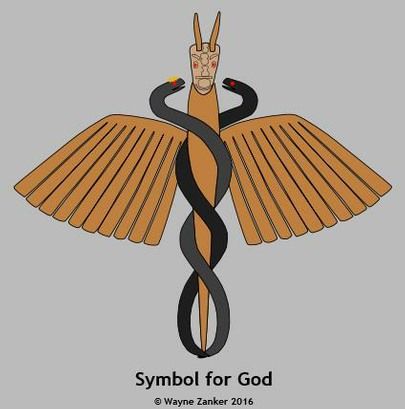 The Eluw'ah who invented the invisible God or entity is Herself invisible. No man has ever seen Her or can see her until after one's life is judged and never in Heaven.

If not for so many FIMIOLs and one FINATS, not even this writer would know of Her.

Her name is Sinvesta. She is the mesmerising companion of Ba'alzebub and the mother of OM the serpent-dragon.

Together these Eluhiym work together to create one God to be worshipped and revered by humanity. Little wonder that Earth can be considered a decoy planet, to keep these God Serpents and Dragon away from other human civilisations beyond this solar system.

Observe how no religion believes in or teaches Instant Relocation technology using the fabric of space and time. In fact, they find such a notion ridiculous.

The closest science fiction gets to it is perhaps "Beam me up, Scotty" and travelling through a wormhole or hyper-space. Even this mimics serpent behaviour, since it is relatively slow.

Travelling forty light years to ATAR in an instant without ageing a moment in time is beyond comprehension in a society ruled by Albert Einstein’s Theory of Relativity.

Yet how did the manna get from Heaven to feed the million or so Yisra'elites in the Ciynay wilderness six days a week for forty years?

What religious experts fail to understand is that when Yahuw'ah says that He is one Eluhiym, this means that although there are many individual beings with that Name, only He is to be worshipped and feared.

He alone organised the circumcision covenant with Abraham, reinforcing it with Mosheh and the people. So prayers and worship must be directed towards Him. His will is done on Earth as it is in Heaven.

No other Eluhiym is prepared to challenge His right to have a people for His own possession, as rebellious as they tended to be towards Him (see Psalm 78). Yet how ironical it is that the very people who claim to represent His earthly interests are completely out of touch with His will (Amos 5:21-24). Is that not always the case?