P.S. If you like what you read, please let your friends on social media know. This author, though, does not monitor social media sites.

Why should you be the only one thinking for yourself?

Both FIMIOL websites are undergoing major reviews with new articles being researched, written and published.

This is a pre-requisite for relocating to ATAR. Boss’s orders! Now you know who They are and where They reside. They can make your life very interesting.

Christ Has No Power To Save -  III

Nor will anyone find Christ among them. Each one is extremely bright, yet none are known by that name. Yeshuwa is called the Anointed. Technically-speaking He is antichrist, since He condemned the false apostles who opposed His teachings (Matthew 24:5, Revelation 2:2).

It is impossible to determine if the God serpents and dragon are present, since these are invisible. Otherwise Their followers would know about this as well as Heaven's highly advanced management systems.

Yeshuwa reached out primarily to the House of Ya’aqob. Many of its Jews or Yehuwdiym responded to Him. His life was given as a ransom for these and other tribal members. One becomes a son or daughter of Abraham by accepting Yahuw’ah’s covenant of circumcision in Genesis 17.

A central part of His gospel is the new Earth ATAR under a different sky as well as an exodus there before the next Roman campaign against Yeruwshalem. The end of the world would follow shortly after.

At the time He was not privy to what the Father knew about a further two millennia before the end will finally happen (Matthew 24:36). See a hint of this in 2 Peter 3:8.

His Twelve students were trained to understand the energies of the new Earth using the writings of Y’shayahuw (Isaiah) and Mosheh, especially the book of Deuteronomy. Both were found in strong numbers in the caves of Qumran.

He also taught the relevance of the priestly rotation in the temple being in sync with the Twenty-Four Thrones in “the Kingdom of the Heavens,” along with other management systems. Scripture was interpreted literally and explained in wonderful detail.

As part of the same Google Earth ™ 3-D mapping image, the Temple of Eluhiym below lies in the background with its own IRV. 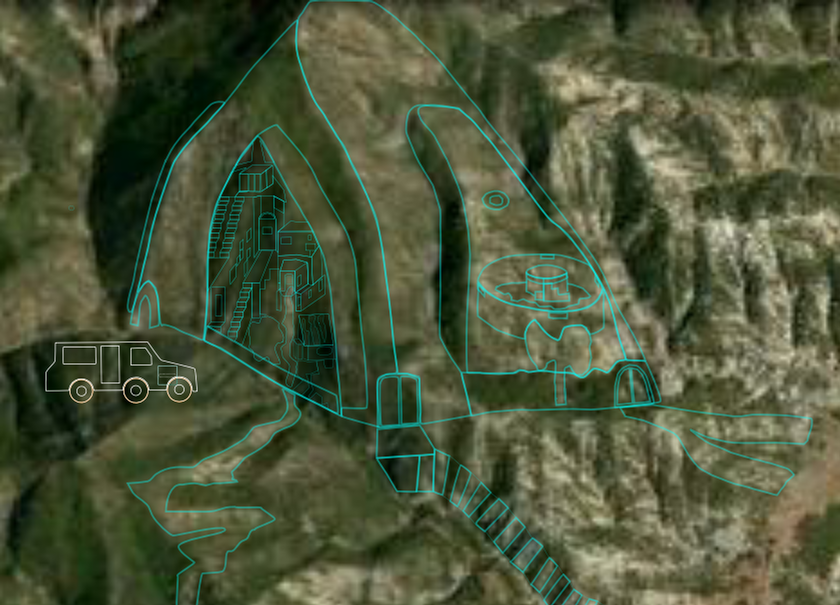 There is a lot more to know about Heaven than any human imagination can comprehend. Planet Earth may have its technology, yet it is so backward when compared to what the real Heaven has in store for those granted the privilege to live and work there after passing from this life.

The space below is reserved for the second stop-frame, meditation type video exposing the Mahayana Buddhist influence in Pauline Christianity.